skip to main | skip to sidebar

The Joy of Autism has been in operation since 2005 with over 500 posts written.

because finding joy doesn't come without struggle;
because the point is to find it;
because if an autistic person calls autism their way of being, not an illness, then it is;
because every human has value and is a joy;
because despite inhumane acts, I believe in humanity;
but most of all, because of my son Adam.

THIS BLOG HAS MOVED TO www.esteeklar.com.


This blog's articles are only down temporarily as the site will be redesigned. This blog has been given numerous awards, as well as listed in the top 10 autism blogs as well as the top 100 health blogs. My hope is to refine the blog and you can help me do so. The old posts which have been used for academic purposes, will be up again in an archive.
Please, if you have some time, fill out the poll below to help me with the new format. I would also appreciate your comments if you have anything extra to add.

The Joy is Adam 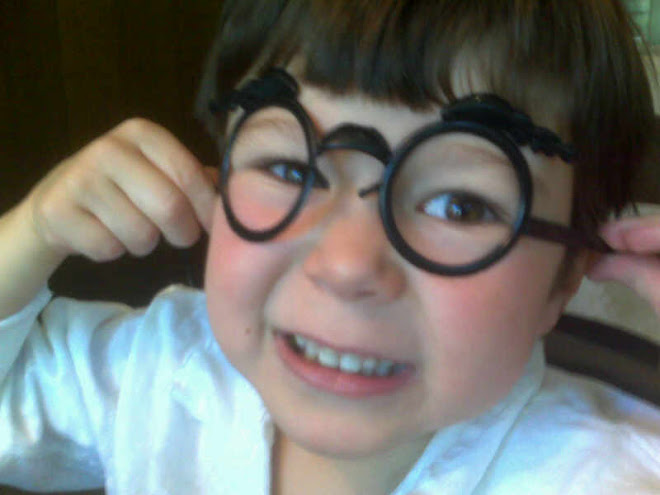 This blog is being redesigned. What did you enjoy most about The Joy of Autism blog?

"Positively Autistic" on CBC This Monday

Adam and I were interviewed after my surgeries earlier this year for this program. You can catch it on CBC The National this Monday evening:

s things stand now, "Postively Autistic" will air on the "The National" this coming Monday October 27 after the newscast portion of the program. "The National" broadcasts twice, first on Newsworld (cable channel 26) beginning at 9:00 pm; and then across the CBC network main channel (the precise channel number varies across the country according to whether people receive on cable or satellite and whether or not they watch on HD) beginning at 10:00 pm. (The newscast portion of "The National" usually lasts approximately 25 minutes; the documentary will run immediately following the newscast).
People who live in the United States are sometimes able to receive CBC television in their area depending on their cable/satellite provider.

If you are unable to catch the broadcast when it airs on television, you can watch it afterwards on our website http://www.cbc.ca/national/. Our website will also offer a significant amount of supplementary information, including full transcripts of the interviews I conducted (including interviews with people who did not make it into the documentary itself), links to people's websites, etc.
Posted by Estee Klar-Wolfond at 3:15 PM

Great news- thanks for the heads-up!

I responded to your survey voting for the disability studies, as I think that this is a unique feature of your blog that I would hate to see go away, but truly, I love most everything about your blog!

I second Joe, I love just about everything you did so far.

I look forward to watching your interview on CBC. thanks for letting us know.

Estee, your poll has a bug in its design: it needs to be *check boxes* rather than *radio buttons*. The correct answer is to *check all 4 boxes*!

I am watching the show now and found your blogsite as a result... WOW what an eye opener for me...

Thanks for participating in this...

I have a personal connection to this and will wait until your not flooded with the aftermath of curious questions etc following the show...

I am watching the show now and found your blogsite as a result... WOW what an eye opener for me...

Thanks for participating in this...

I have a personal connection to this and will wait until your not flooded with the aftermath of curious questions etc following the show...

Estee Klar-Wolfond
Toronto, Ontario, Canada
Writer/Curator/Founder of The Autism Acceptance Project. Contributing Author to Between Interruptions: Thirty Women Tell the Truth About Motherhood, and Concepts of Normality by Wendy Lawson, and soon to be published Gravity Pulls You In. Writing my own book. Lecturer on autism and the media and parenting. Current graduate student Critical Disability Studies and most importantly, mother of Adam -- a new and emerging writer.